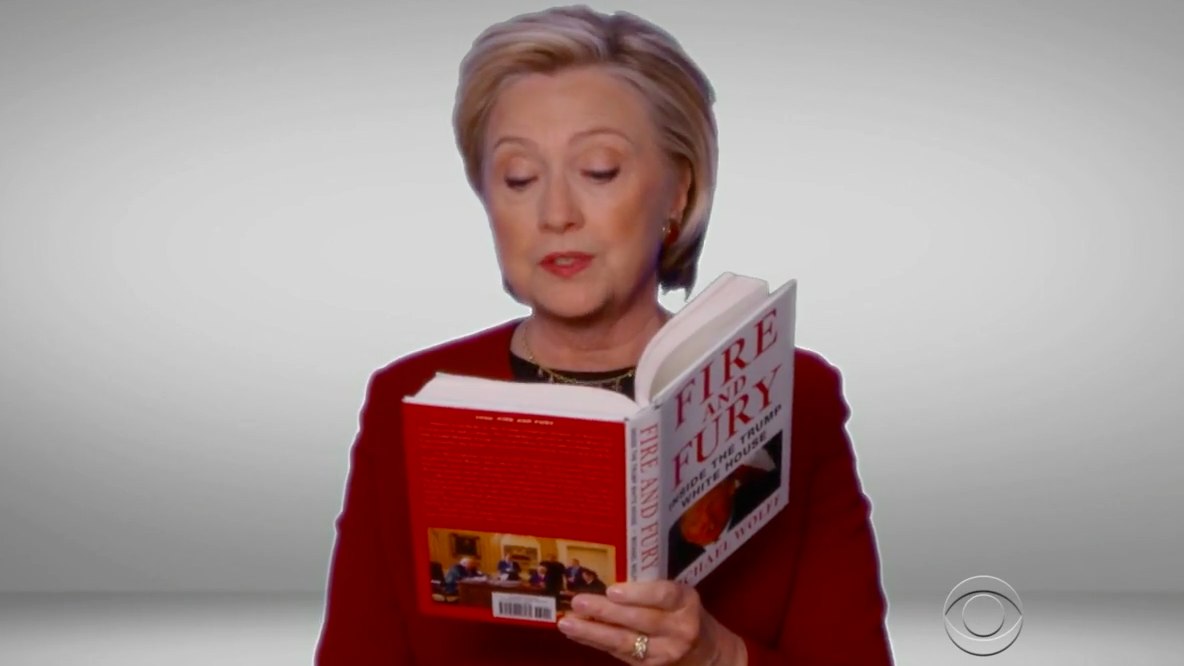 Hillary Clinton made a surprise cameo appearance to mock Donald Trump during the 2018 Grammy Awards by reading an excerpt from Fire and Fury, Michael Wolff’s tell-all book about the chaotic Trump administration.

The last contender began with a copy of Fire and Fury covering their face, which turned out to be Clinton.

Reading from the book, Clinton said, “He had a longtime fear of being poisoned—one reason why he liked to eat at McDonald’s: nobody knew he was coming and the food was safely pre-made.”

“You think so?” replied Clinton. “The Grammy’s in the bag?”

Clinton’s cameo received the biggest applause of the night. Watch the video above.