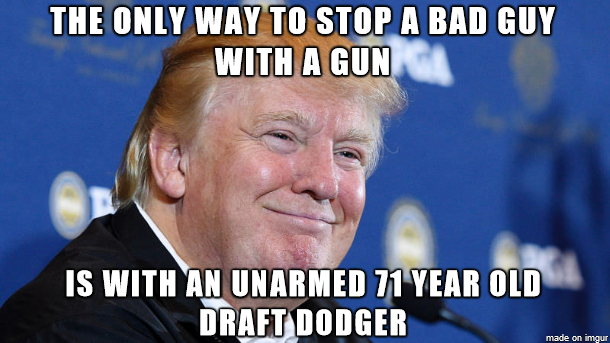 See a roundup of the most savage memes and tweets mocking  Donald Trump’s boast that he would have run into a Florida high school unarmed to stop the mass shooting. 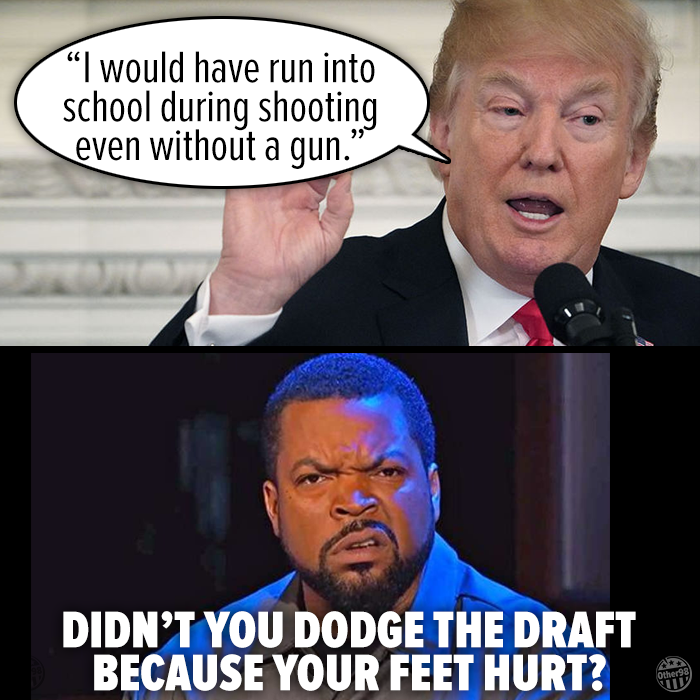 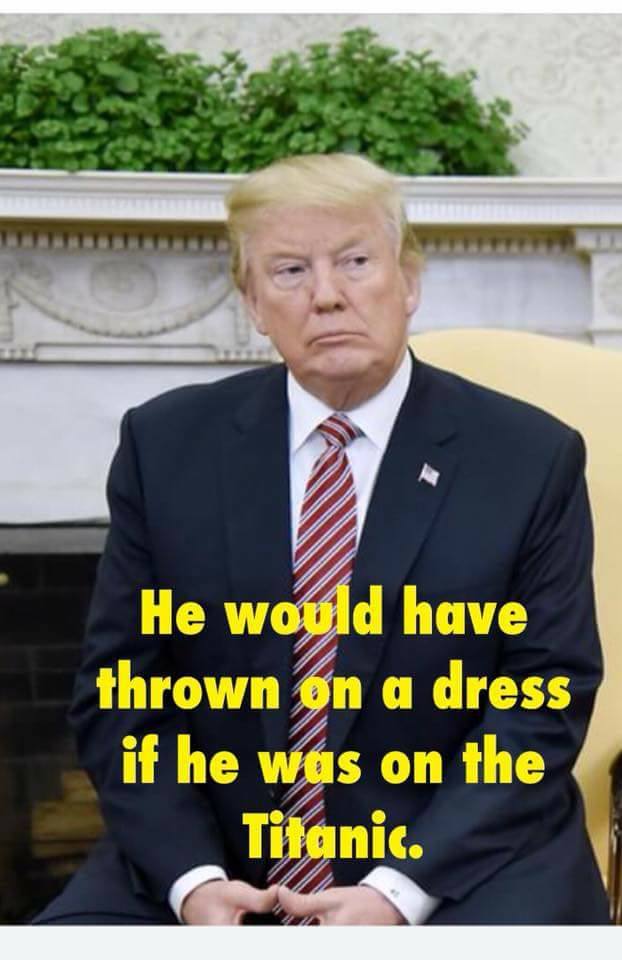 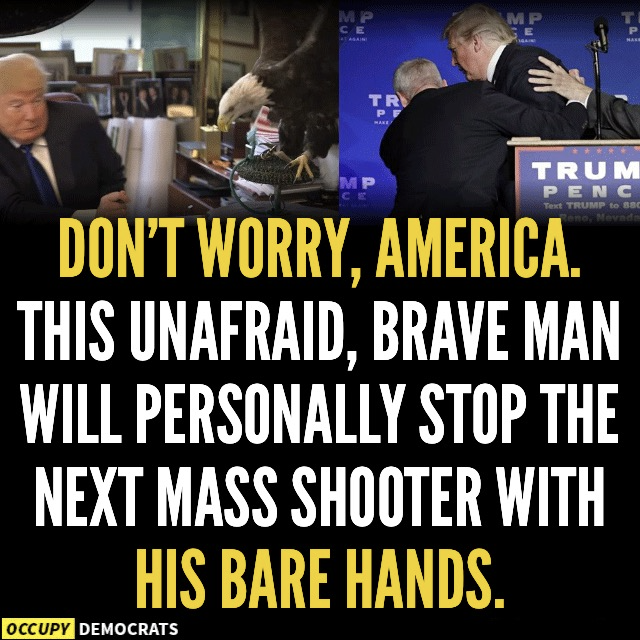 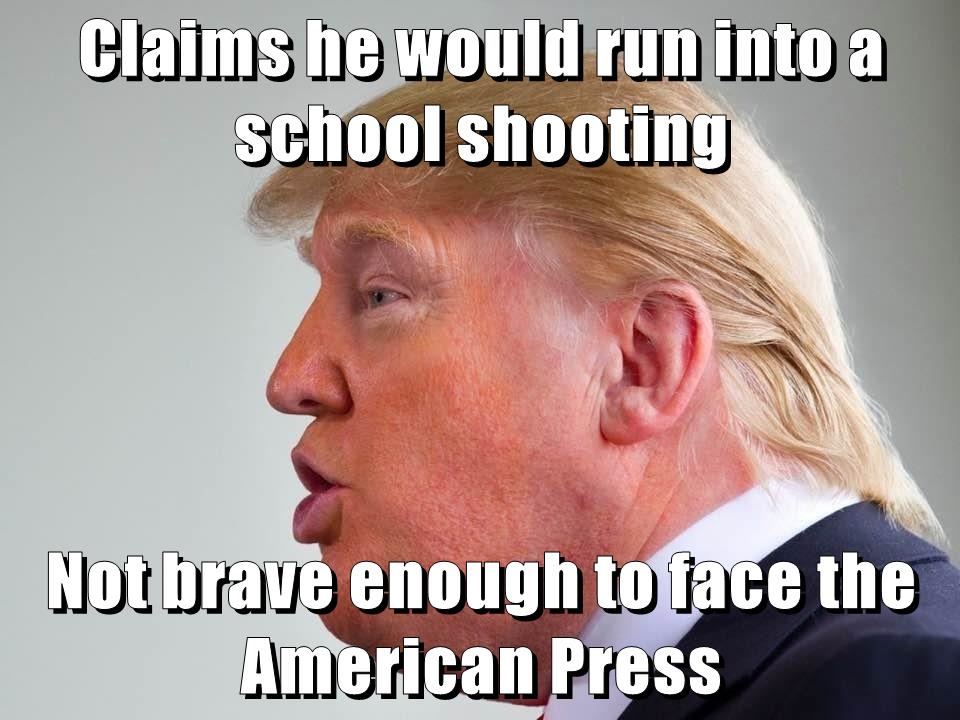 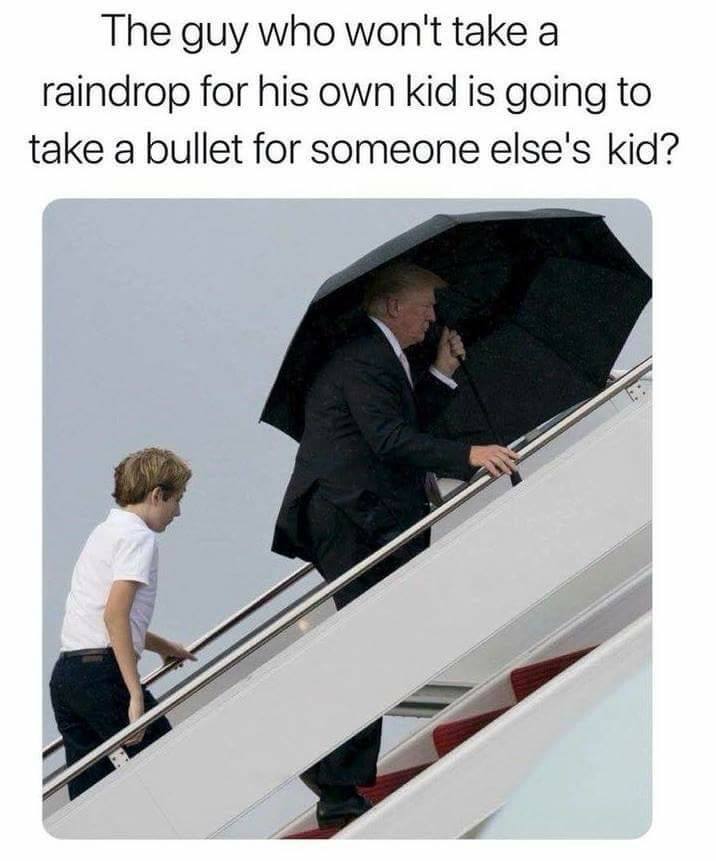 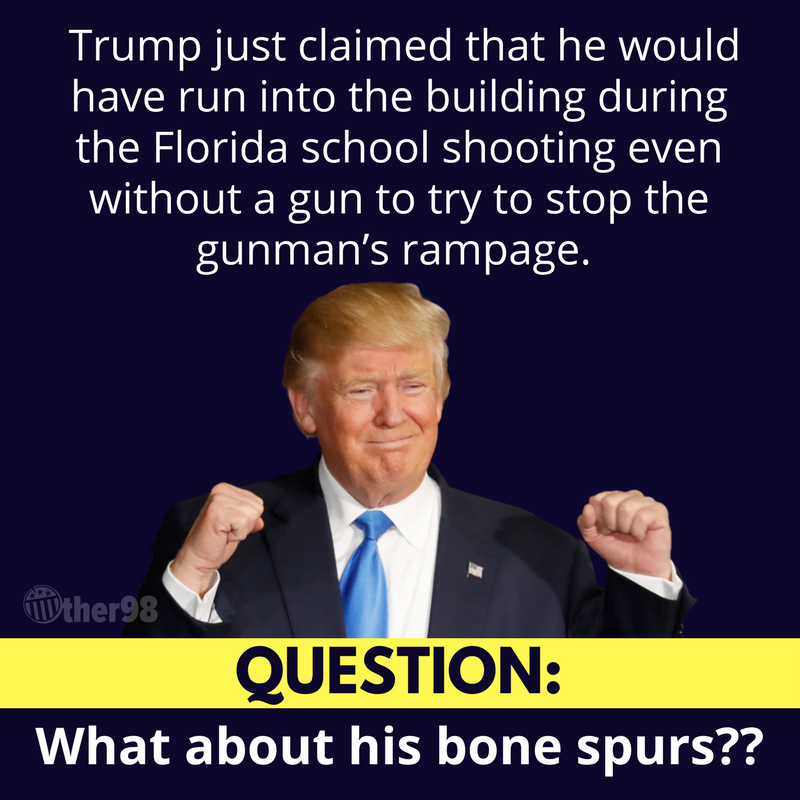 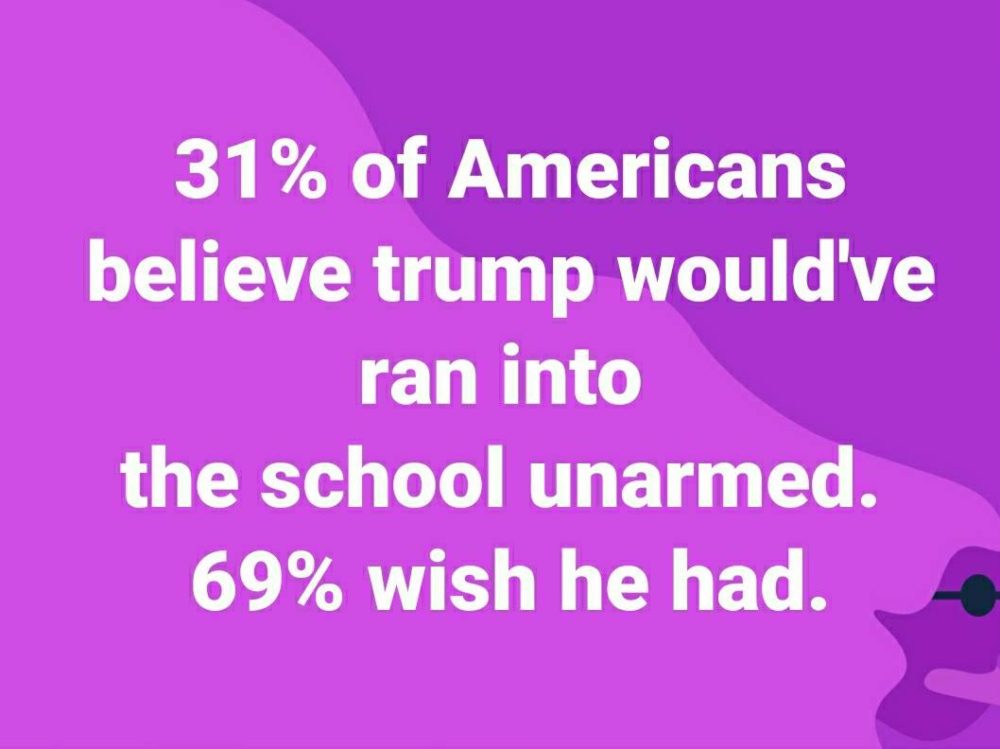 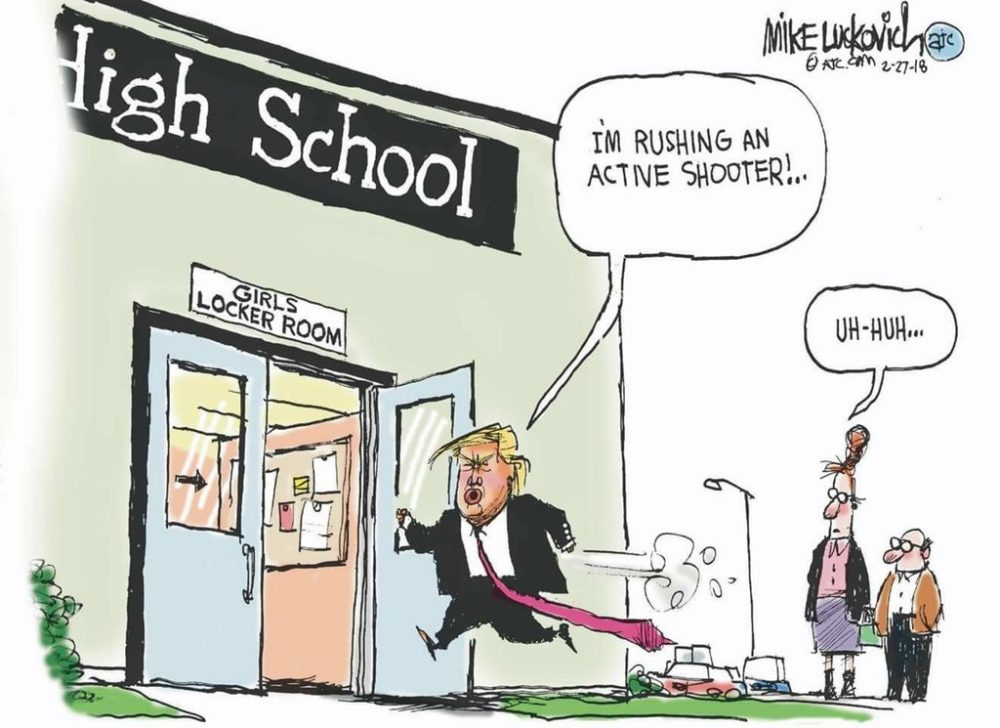 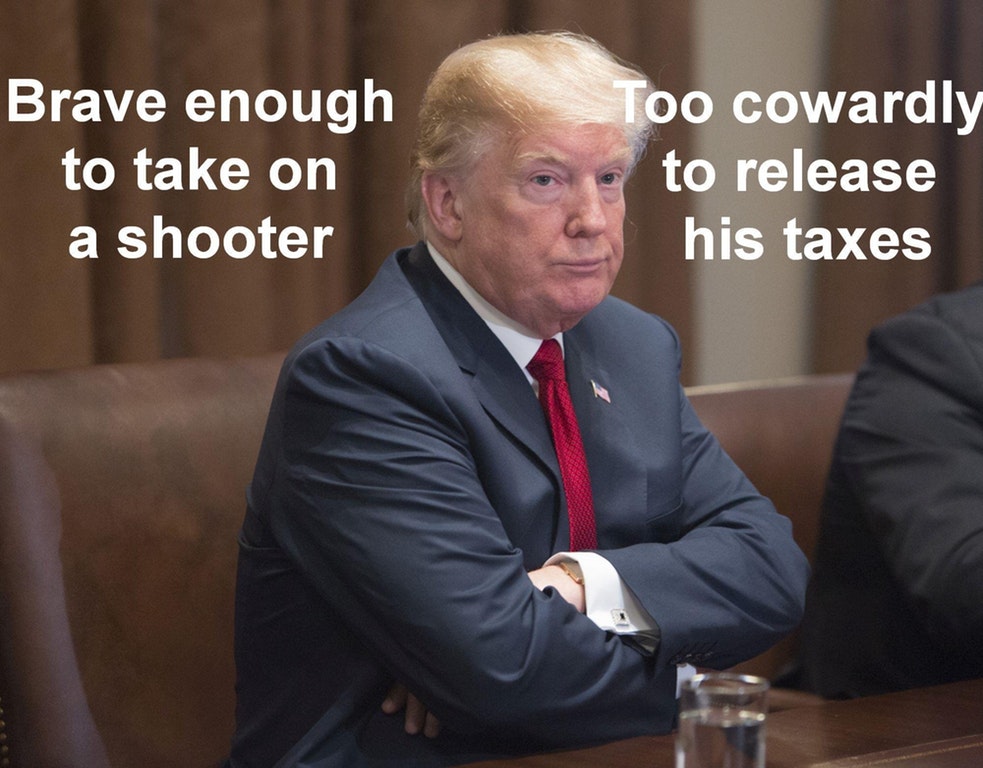 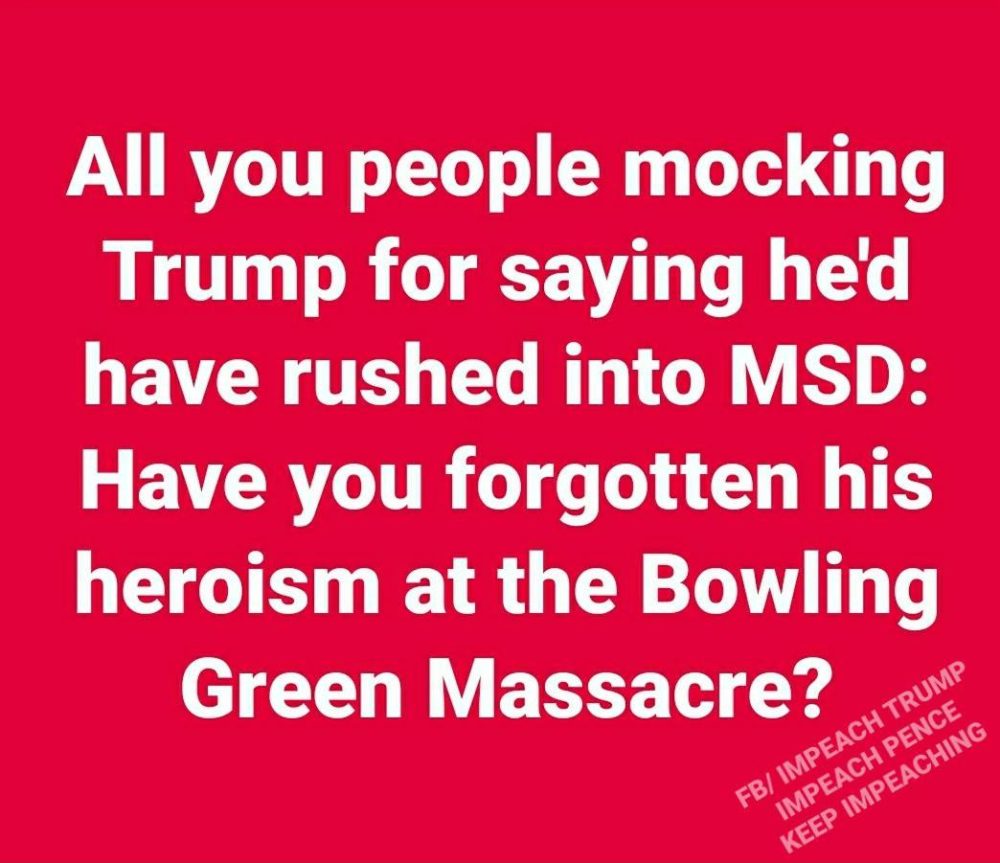 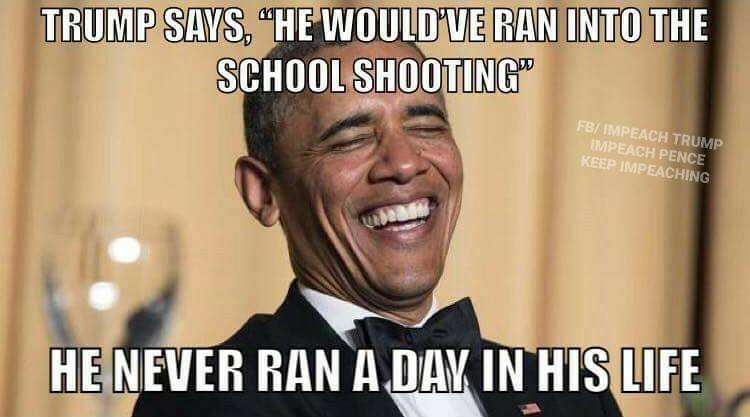 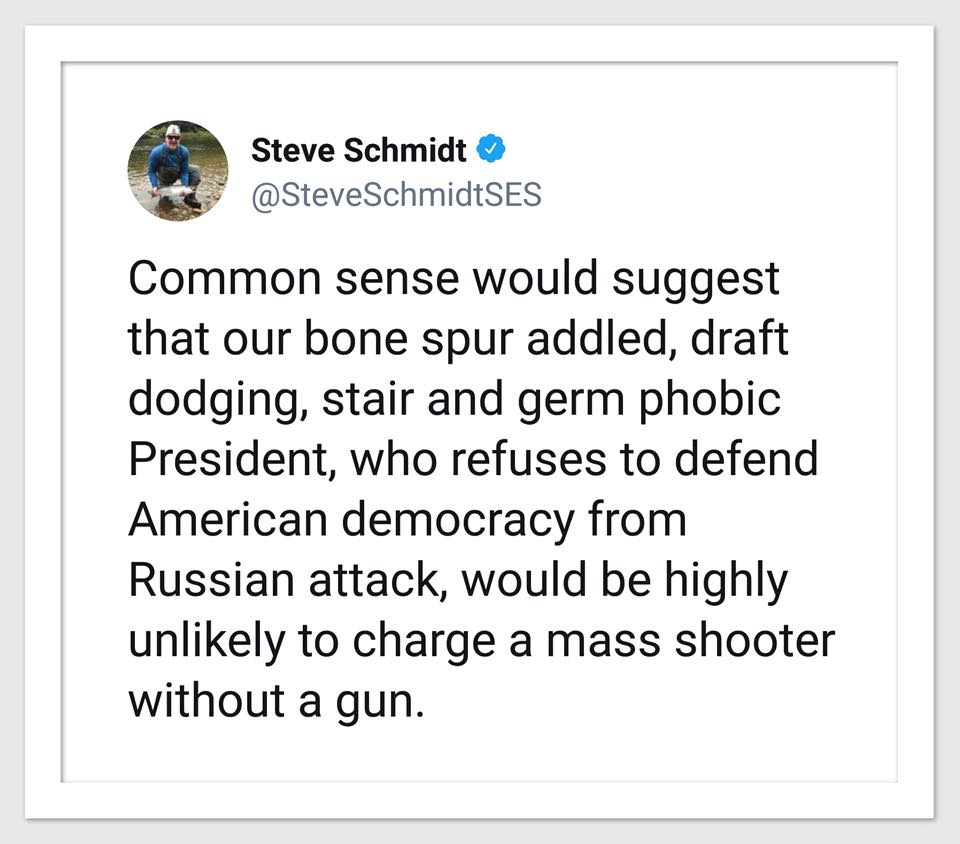 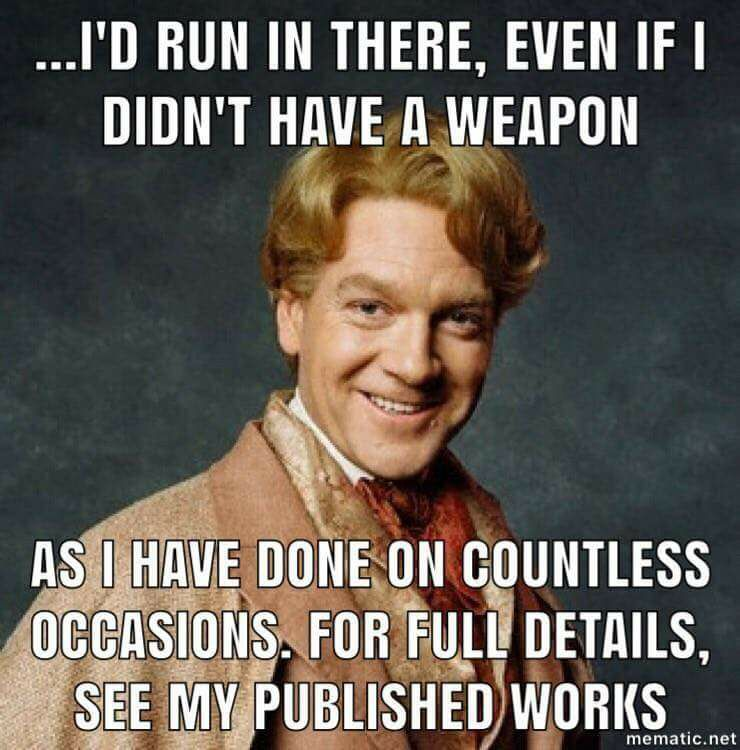 On 9/11 as many New Yorkers ran to help save others, Donald Trump ran to his phone to call into a TV show where he bragged he now had the tallest building in New York https://t.co/fjWmlQ5YIs https://t.co/nmbZtqceAC

“I really believe I’d run in there even if I didn’t have a weapon,” Trump said, according to The Associated Press. I believe you, Captain Bone Spurs & I really believe that due to an unexpected write-in vote, I’ll win an Oscar this Sunday. #ItsFunToPretend